The VFX section handles fireball type attacks or animations. Objects that are separate entities from the character are handled under the VFX section. Other projectile type moves are handled with a combination of hit boxes and GFX effects designated with various ect type values.

The VFX scripts section is first opened from the main window of the tool. VFX section is laid out into one column and a sub window with tabs. The layout of the sub window is the same as the scripts sub window. Information on the properties of those can be found in their respective wiki pages. 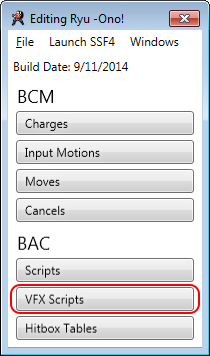 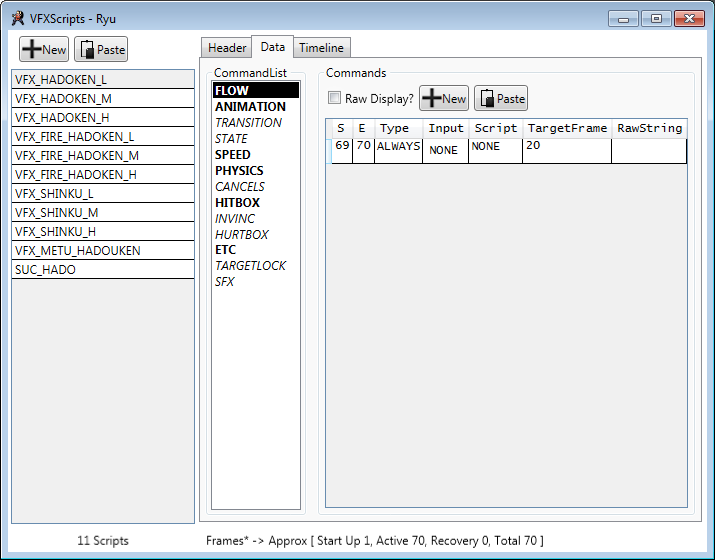 Use of a VFX Script is handled by ect command that calls for a specific indexed script. 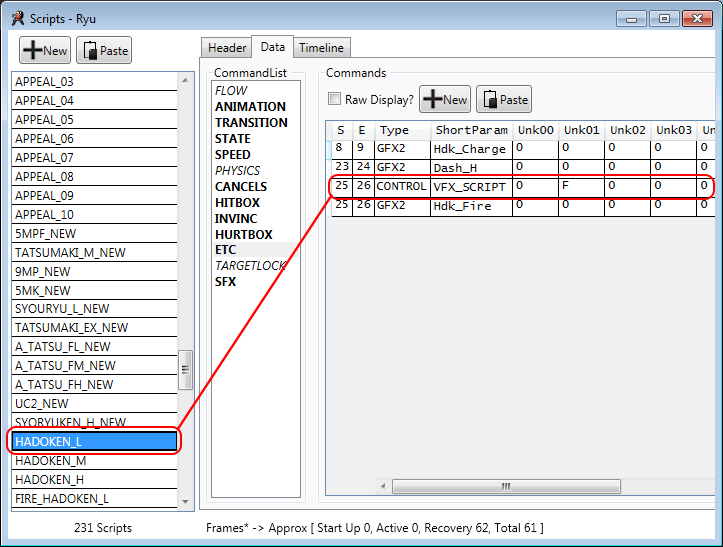 Information on precisely how this works can be found in the ect indexes page.

Setting an empty flow command to call back to a specific frame will cause the VFX to loop until it leaves the screen. Without this the projectile will dissipate after the set number of frames, such as how Dan or Oni's fireballs function. 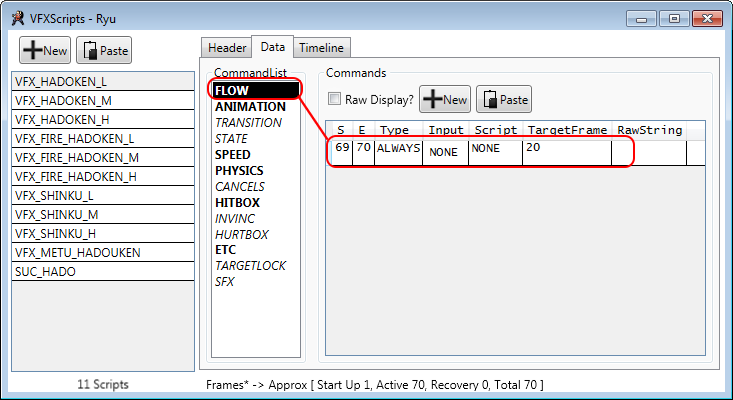 Setting a VFX to hit and setting the invincibility to hit will allow for a strike attack to destroy the fireball similar to how a projectile will nullify another projectile. The only difference is that this does not cause both hit boxes to disappear, only the VFX one.

A VFX's appearance is handled partly by it's Animation and partly by it's ECT values. Animations will determine what the basic fireball looks like. The layout on the OnoTool is rather confusing as VFX work differently than regular scripts but the tool still has the labels of a normal script.

For more information on how this works see the ECT and ECT Indexes pages of the wiki.

The speed value interacts with the physics values causing it to alter the movement of a VFX.