The SFX section allows the creation of table with 8 columns 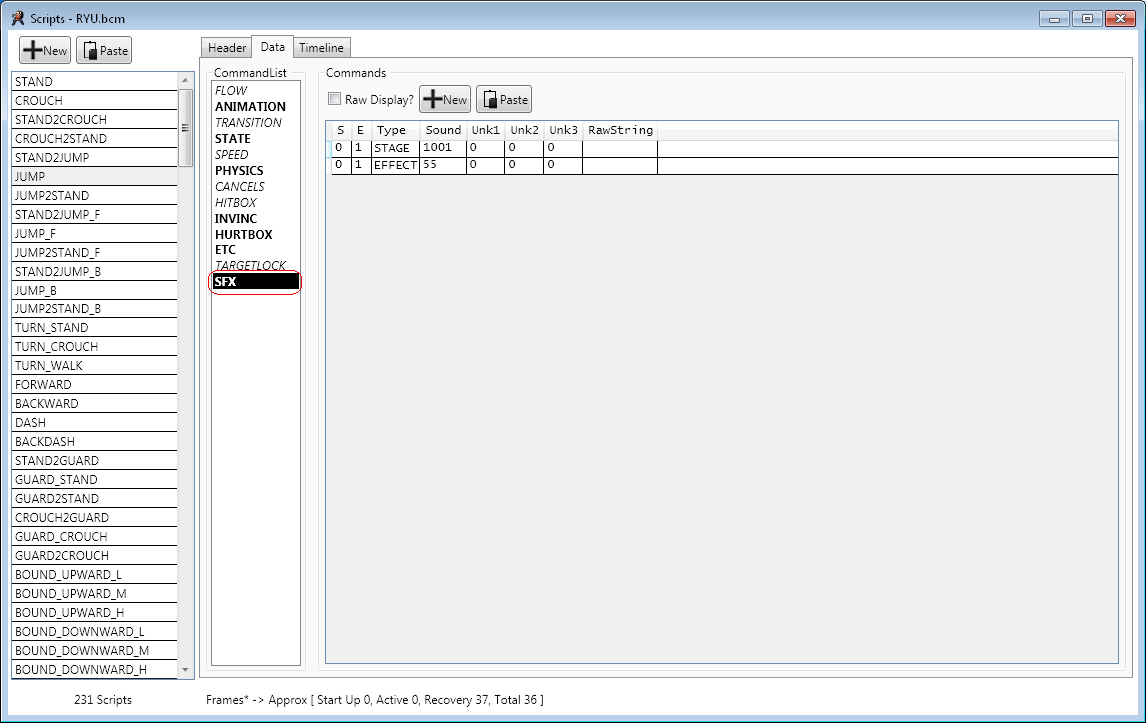 This is the start frame and end frame of the SFX script. These represent the frames that the script will run. Typically a move simply runs the audio from the first frame it is told to until the end of the sound effect's file or if manually told to end the sound.

Setting any sound to '1000' will stop all current sounds of that type.

Sound is for selecting the specific audio file you want the game to run. Most of the audio files are not listed and need to be put in manually with a raw number value. A list of what the values represent is being put together.

The current function of this value is not known. It is used extremely rarely, mostly for Voice files in taunts but not exclusively.

This is used extremely rarely. The only known appearance is Cammy's Demo_Start script.

The current function of this value is not known. It is used even more rarely than Unk1.

This section should always remain empty