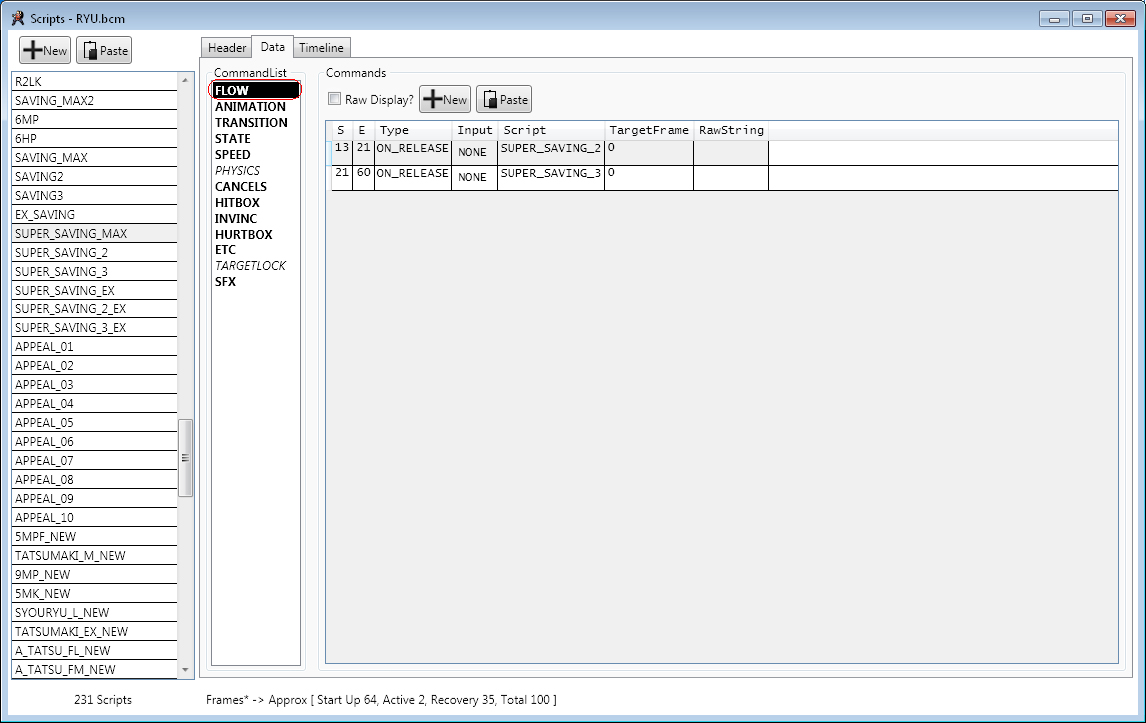 This is the script being selected to activate when the flow parameters are met. Setting this to empty will cause the script to flow back into itself. This is useful for moves that you want to continue to loop until a result happens like a command jump script running until it lands on the ground again.